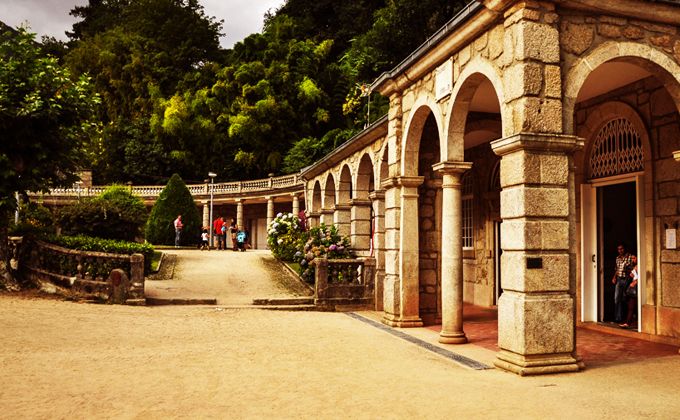 With historical references dating back to Roman times, as evidenced by coins found in excavations near the thermal springs, it is in the reign of D. João V that the first buildings for bathing, consisting of granite tanks housed in stone lairs (The Wells).

In 1888 this resort is visited by its majesties D. Luiz I and D. Maria Pia, D. Carlos I, then Prince Royal and his wife D. Maria Amelia, but only in 1897 the construction of the first Gerês Thermal Establishment began.

As a result of the publication by Dr. Ricardo Jorge of several books on the efficacy of Águas do Gerês in curing diseases of the liver, Gallbladder, Hypertension, Diabetes and Gout, Chronic Rheumatisms and Obesity, the exceptional properties of these waters have been widely reported.

Water from Fonte da Bica, with a markedly alkaline high pH of (9.1), weakly mineralized, thiosulfated and sodium bicarbonated ionic composition, is hypertermal as it emerges at a temperature above 40 ° C (47 ° C).

Treatment is recommended for a minimum of 14 days. Water is taken in small quantities, usually 3 to 4 times a day, as recommended by the thermal doctor, through two consultations, one before the start of treatments and the other at the end of the thermal period.